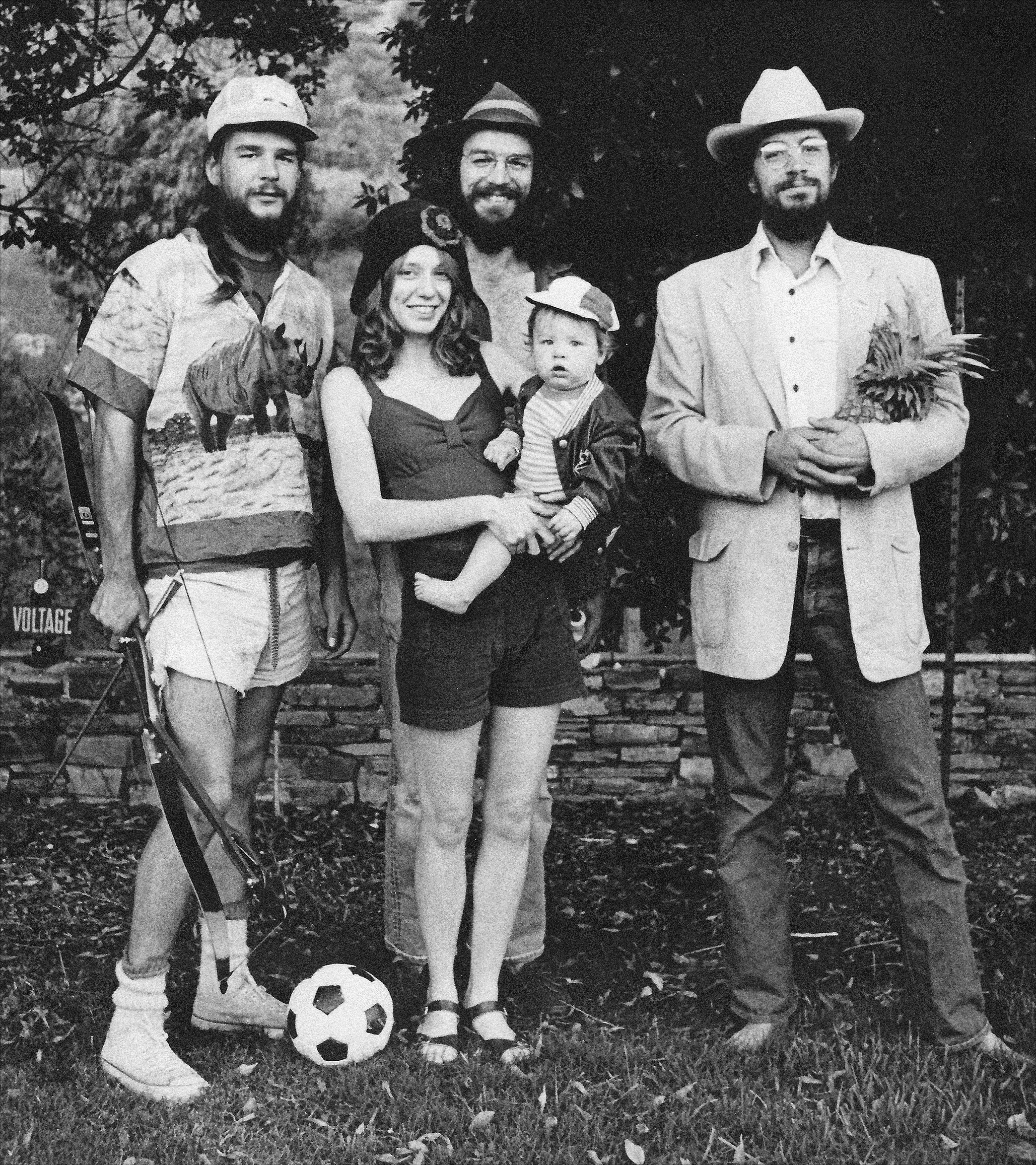 JOHN SCHEELE and BILL SCHEELE had a long relationship with the Band – the brothers were like part of the family. Bill was the Band’s Equipment Manager from 1969 to 1976 and John joined up whenever possible, taking time between studies at Harvard and CalArts. John documented a number of great chapters in the Band’s history over those years. His images give an inside perspective on their creative process and how they performed and made music together.

John first met and photographed the Band right out of high school, covering their homecoming at the 1969 Toronto Pop Festival. That summer, he shared a house with the Band’s Sound Engineer Ed Anderson and covered the Woodstock Festival, staged in nearby Bethel, NY. The next year he rode the Festival Express with Jon Taplin, Rick Danko, Janis Joplin and Jerry Garcia – the only still cameraman on board.

John’s session photography in 1970 includes the Band’s “Stage Fright”, recorded at the Woodstock Playhouse. Seven of his photographs (as well as seven songs he recorded in a Calgary Hotel Room) were included as part of the album’s 50th Anniversary “Stage Fright” release in 2021.

At the Band’s historic 1971 New Year’s shows at the Academy of Music, John documented both rehearsals and performances – shooting alongside legendary color photographer Ernst Haas. Bob Dylan rejoined The Band on stage for a joyful encore, ending his 5-year retreat. 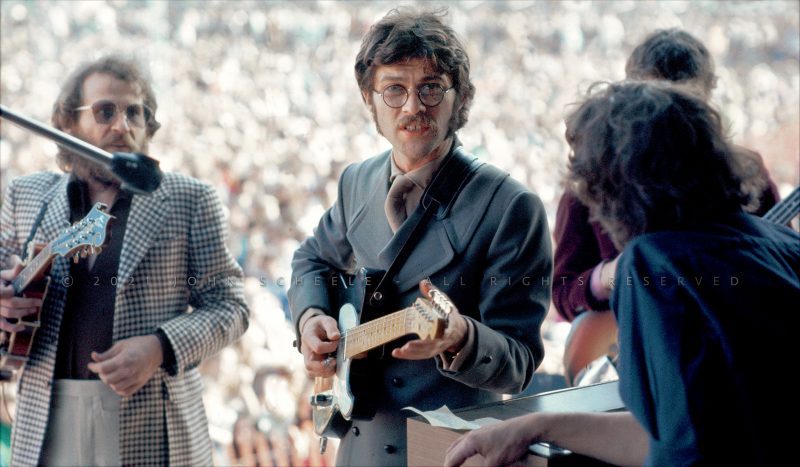 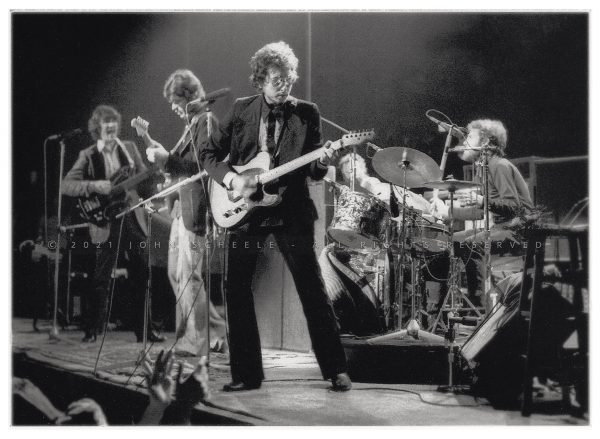 When Bob Dylan and the Band went out in full force again in 1974, John photographed the “Before the Flood” Tour from behind the scenes, including their epic performances at Madison Square Garden.

After the tour wrapped up, there was finally time for Bob and the Band to return to their seminal “Basement Tapes” recordings from 1967 and 1968 to rework and prepare them for album release. No camera ever made it into the Big Pink basement, so a special shoot was planned to evoke something akin to the fun and energy of those legendary sessions.

The great photographer Reid Miles selected the steamy boiler room of the Hollywood YMCA as the location for the cover photo shoot for “The Basement Tapes” – a spot he apparently knew well. 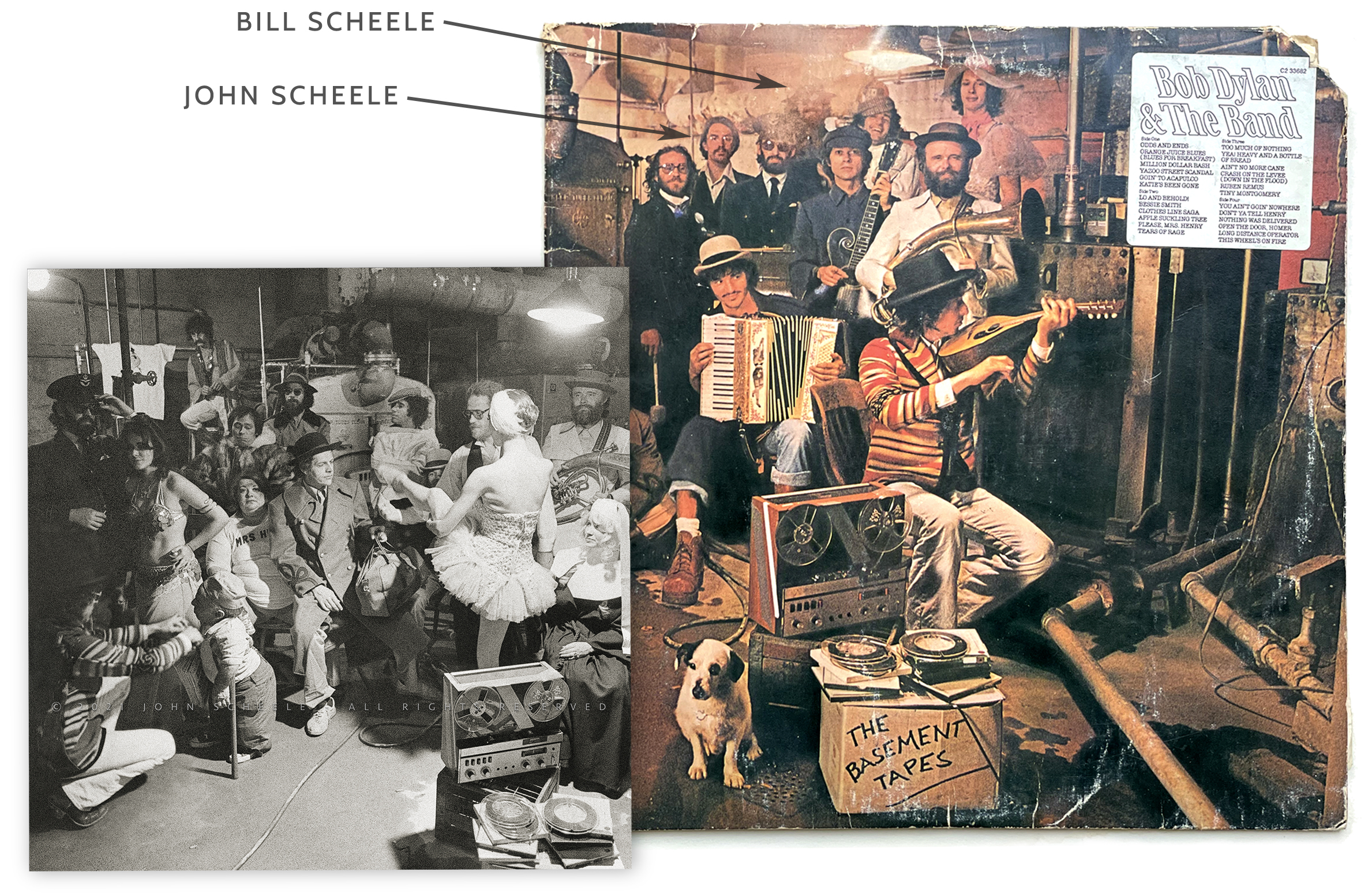 “Reid photographed the cover itself, casting it like a Fellini film with characters and costumes that echoed Bob Dylan’s songs. Mrs. Henry was there and Quinn the Eskimo, while Bob himself wore a red and white Mexican jacket, playing Mandolin with an invisible bow. Everyone was high and happy – you could feel what great friends and comrades they were!

Bob repositioned a few characters at the last moment, while I took a few more shots to capture the moment. Then my brother Bill and I stepped into frame ourselves for Reid Miles’ camera: We’re standing back in the haze, sandwiched between Levon Helm and Richard Manuel and became part of his wild Basement Tapes tableau.”

John’s work from 1975 also includes unique coverage of Shangri-la, the Band’s new recording studio and clubhouse in Malibu, CA, just off Zuma Beach. In addition to group projects like “Northern Lights Southern Cross”, Levon Helm and Rick Danko were preparing to record and go out on tour on their own. Robbie Robertson and Garth Hudson joined in those rehearsals – along with Paul Butterfield, Bobby Charles, Fred Carter Jr, Henry Glover and many other friends.

Coming out of this fertile period, “The Last Waltz” was conceived as the Band’s farewell concert and was held on Thanksgiving 1976. For once, John only took a few master shots of the event, as Martin Scorsese’s crew was filming every aspect. Then John joined the other fans to enjoy the Band’s last show.

Fifty years on, John Scheele’s work has been included in many Band albums, documentaries, magazines, books and box sets – and his shots were featured in the expanded release of Bob Dylan’s “Basement Tapes”.

On a parallel path, John has had a long career as a Film Visual Effects Supervisor in Los Angeles, working with directors like Tim Burton, Oliver Stone and Warren Beatty. Photography is still his first love, and he’s returned to present these images again in a new light with a deeper understanding.

John cherishes his early memories and friendships with all members of the Band and has continued to be in touch with its surviving members Garth Hudson and Robbie Robertson. 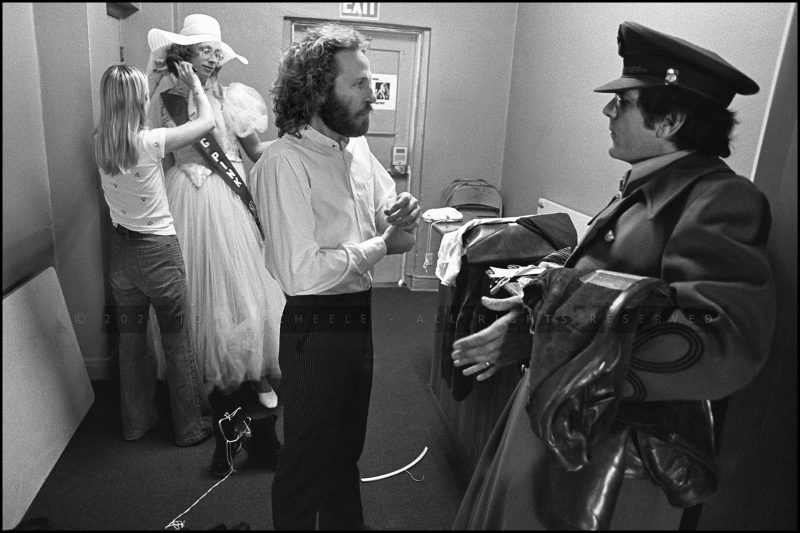 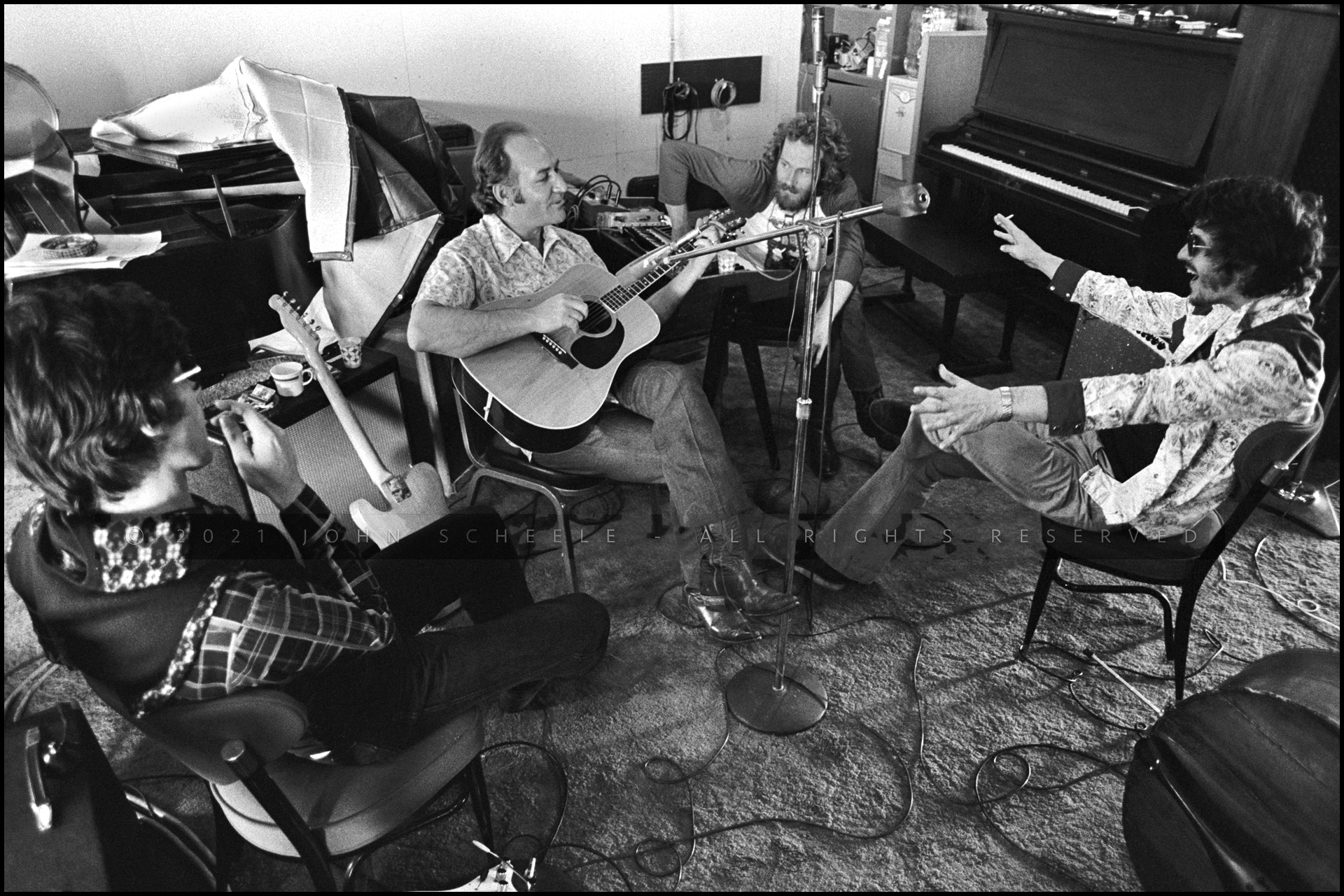